The Best Travel Guide To Alicante 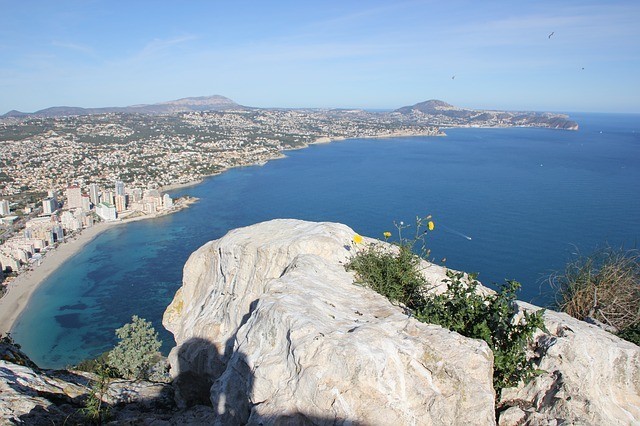 Nestled in the southeast of the Spanish peninsula, Alicante, the tranquil and charming city of around 350,000 inhabitants is just the place you should be visiting to relax and take in the Sun.

Alicante is tucked discreetly between the capes of Santa Pola and Cabo de las Huertas, with the waters of the Mediterranean lapping its shores whilst bringing that sweet smelling breeze unique to this part of the world.

Blessed with pristine beaches which would beckon any sea lover the city offers many unique sites which would titillate the interest of every discerning visitor.

The Province of Alicante is home to the Costa Blanca or the “White Coast” which stretches 200 kilometers from the northern town of Denia to Pilar de la Horadada in the south.

Visitors would be awed with the picturesque setting of this quaint city which has everything on offer to keep anybody of any age entertained and in high spirits throughout the day.

Visiting Alicante around mid June would put you at the center of four days of lush entertainment with the Festival of the Forgueres de Saint Joan.

During the festival fireworks, bonfires and many other forms of entertainment pervades the air which is world renowned for its flamboyance in color and exuberance.

The weather in Alicante

Summer moves into Alicante during the period May/June through to September/October where the thermometer rises to around thirty (30) degrees centigrade during the day and dropping to about twenty (20) degrees in the nights.

The highest would be recorded during July and August with the other summer months keeping a sedate temperature which is what has captivated many visitors.

The other months on either side of the calendar has a very moderate average temperature with highs rising up to around twenty (20) and lows to about seven (7) degrees centigrade respectively.

The right time to visit Alicante would be when all the activities would take place especially the festivals and other cultural events which bring a sense of euphoria all round the locality.

How to get to Alicante?

The Alicante airport is well served by many international flights regularly landing here and bringing drones of visitors to soak in the Sun on the sand, with the occasional dip in the warm waters.

Flying into Alicante from the United Kingdom is very convenient with most airports flying direct flights regularly ensuring easy access all through the year.

Situated a stone throw away at only twelve (12) kilometers south west of the city center the airport is well served by clean, regular and efficient public and private transport systems.

Enjoying all that Alicante has to offer

If you want to soak in the suburbs of Alicante one interesting way would be to rent a car in Alicante and take a leisurely drive from the airport to your hotel.

The airport is well served by many reputed companies from where you could rent a car in Alicante and is you so desire to keep it for the duration of your stay.

Roads are decently maintained and traffic could be at snail’s pace during rush hour in the city center but other than that if you are on the road at the right times a cool drive is what you could expect.

It would not drain your pocket out to rent a car in Alicante as the choices of cars is immense and procuring one that would suit your budget and the number of persons accompanying you would not be a difficult task.

To be independent and move around Alicante whenever you would want to the best choice would be to rent a car in Alicante, which would give enough flexibility to visit most of the sites in your own time.

If you rent a car in Alicante you could take the time to visit most of the outlying areas of the province because there are ample places to take the heart of many a vistor.

Some of the best places to visit

A salubrious and picture perfect place to get a 360 degree view of the Alicante city below would be to get to El Macho, where the scenic beauty would capture anyone’s imagination.

Located just beside the ruins of the ninth century Castillo de Santa Barbara and sitting atop Mount Benacantil, the castle fortress is impressive in its own right, and a must see for all those who love medieval history.

If you would want to cleanse your mind then there is no better place than the Cathedral San Nicolas the original place of worship in this historical city, which has attracted devotees since the early 1600’s.

A prison during the late 17th century has now been converted to a museum which holds everything in Contemporary Art unique to this part of the world which welcomes discerning visitors.

Those visitors who want to dig into the past of this region need not take a shovel around but could walk into the history rich Archaeological Museum, with a collection of about 15,000 exhibits.

There are many other cultural and historical sites which make Alicante one of the best places to visit which is also bestowed with great weather, sandy beaches and a warm sea.

Gourmet food is what we all like and Alicante is universally famous for dishing out authentic Spanish Mediterranean cuisine of the highest standards.

There is nothing left out as the sea beckons most of the inhabitants around this region and seafood is their top choice and what they dish out would linger in everyone’s palate.

The food selection is wide and varied dishing out some exotic preparations which historically combines the best of Europe and that of Africa.

The Province of Alicante in general and the city, in particular, have been historically the gateway into North Africa and mainland Europe, for those travelling by sea from the south.

Alicante has a proud history to offer, coupled with good fair weather all year round which entices travelers to pick a visit here at least once in their lifetimes.